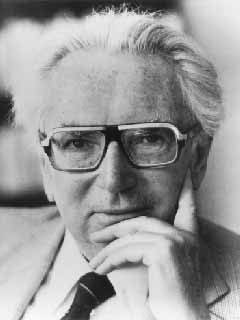 Viktor Frankl, a Viennese psychiatrist and Nazi death camp survivor, developed a form of therapy known as 'logotherapy.' In the camps, he observed that the probability of survival increased significantly if a person had a purpose for life. (Frankl's logotherapy stood in contrast to the prevailing therapy of airing a client's past to deal with a current malaise.)

Actually, we know the truth of Frankl's observation from our own experiences. When we are in love, immersed in work, or captured by a dream or a religious commitment, we find that energy flows, days come alive, and we are enticed into the future .

I have found that even a simple mental model or picture can work in the same way--drawing together discordant elements that vex mind and spirit so that an empowering understanding springs forth. This happened when I formed the concept of the Bible as 'Meeting Place.'

Generally, people go to the Bible to receive the authorative words of inspiration, knowledge, moral precepts and proof texts. Unfortunately, though, viewing the Bible in this way imparts the dangerous toxin of biblical literalism. Such belief makes creation a seven-day affair, allows a bush to burn but not be consumed, and permits an axe head to float on water. I believe that most people, not wanting to discredit the Bible and yet not being credulous enough to believe such absurdities, hold the Bible in two separate,and watertight, compartments.

Understanding the Bible as 'meeting place' gives me a mental image that helps me take the Bible seriously, even if not literally.  Instead of the Bible being that to which I go for answers, the Bible is the place where I bring my questions, experiences and convictions in order to converse with those whose questions, experiences and convictions are recorded there. For example, as I struggle to share my difficulty in finding language to talk about the profound experiences of my life, so I hear Moses describe his own imaginative way (the burning bush) of speaking about his deep experience. I bring my frustration with contemporary worship and converse with Micah who, after lashing out at the worship of his day, said, "What does the Lord require of you but to do justice, love mercy and to walk humbly with your God." (I converse with Moses and Micah, believing that they, not living in this century, have something to learn from me.)

Actually, I believe this is how the compilers of the Bible want us to view scripture, as a conversation and not as dogma. That is why they recorded two versions of creation in Genesis and two views of theconquest of Palestine in Joshua and Judges. That is why the story of Jesus, being so rich and so vital, could only be told in the interactive conversation among four different, and sometimesconflicting writers--Matthew, Mark, Luke and John.

Conversations at this meeting place (Bible} are about the meaning and purpose of our lives, about the sin and guilt that burden us down, and about that which can transform our lives.