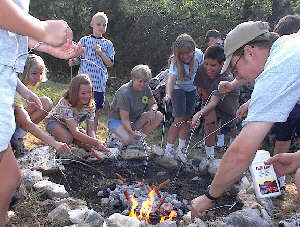 I just closed a letter with words I commonly use, "Choose joy, Bob." I think 'how strange,' as I am in the second day of sitting in bed attempting to get rid of the flu that now is extending its havoc into a second week of my life. What misery, what bother, and I am not certain which feeling is paramount--the misery associated with rapidly filling wastebaskets with tissue or the sheer frustration of not getting done things I want/need to get done. Still, I sign my letter "Choose joy, Bob."

There may be a 'gratitude' gene, for I have met people whose sunny disposition seems, as the old song has it, 'to melt the clouds away." Extending such an outlook into a full-blown philosophy was pretty well discredited by Voltaire in Candide. Yet, it does persist in a modified form in those self-assured positive thinkers who know that seeing the bright side of things is a mere act of will.

Neither gene nor philosophy nor positive thinking has determined my outlook. But a choice has.

Far, far back in my life, I encountered a two-sentence prayer that has made the difference: "God, you have given us so much. Give us one thing more, a grateful heart." Not a disposition, not an exercise in spirituality or theology and not an exercise in willful thinking, but that simple prayer has, more than anything else I can think of, shaped my exuberance for life.

For me, joy is rooted in religious faith. The French paleontologist Jesuit Pierre Teilhard de Chardin wrote, "Joy is the most infallible sign of the presence of God." Also, I find that exuberance shared by D. H. Lawrence when he wrote in a poem, "Oh, for the wonder that bubbles in my soul."

None of those I have quoted can be said to have untroubled lives. Actually, just the opposite is the case. But, neither have they mistaken joy for happiness, the secular version of joy.

As I watch the faces of people who pass by me, I don't see much joy reflected (and I wonder what mine reflects as people may unobtrusively watch me). Some people do find a measure of happiness, especially youth as they swirl through the malls. But, as those no longer youthful know, sheer physical exuberance is tenuous and fleeting.

Writers help me formulate my own sense of joy. "I've been there," I exclaim to myself, when I read Vladimir Nabokov's description of a scene where a character, in observing an old woman of the street drinking a cup of coffee given to her, "became aware of the world's tenderness, the profound beneficence of all that surrounded me, the blissful bond between me and all of creation; and realized that joy breathed around me everywhere in the speeding street sounds, in the hem of a comically lifted skirt, in the metallic yet tender drone of the wind, in the autumn clouds bloated with rain, I realized that the world does not represent a struggle at all, or a predacious sequence of chance events, but shimmering bliss, beneficent trepidation, a gift bestowed on us and unappreciated."