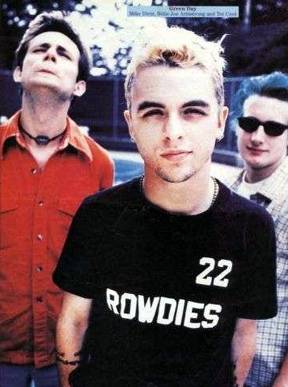 Hoots of outrage greeted the TV talk show host's attempt to restrain a guest's excessive boorish and obnoxious behavior. Then the guest's statement, "I have the right to believe and act as I want," received enthusiastic applause. The same attitude was evident in one person's response to a priest's simple verbal request to members of a boisterous tour group to obey the signs to not take pictures and to remain quiet:  "This is a free country, and nobody has the right to tell us what to do."

This, and other evidence of a loss of civility in society, makes me feel, at times, that the barbarians are at the gates.  I find others feeling the same way, as two recent articles decry tweens (girls who are 'between' childhood and teens) dressing like street-walkers. What keeps me moving from a general concern about society to becoming an energetic, but sour, naysayer is the knowledge that testing and breaking out of boundaries is a persistent human activity, especially for youth.

Dangerous violation of boundaries is found in numerous areas of our lives: from the cancerous invasion of cells to immigration struggles at our nation's border, from the ingestion of illegal drugs to coarsening of language in public, from governmental and business intrusions into our personal privacy to unacceptable secular beliefs and practices seeping into, and undermining, a strict religious community's life.

On the other hand, some openness of borders is absolutely essential for survival. A cell must allow nutrients through its wall or die. Personally, we must entertain new ideas to avoid becoming dogmatic. Our society, without the infusion of new language, clothes, practices and ideas can only ossify. The same computer that compiles information on us also allows others into our lives through e-mail.

But, being too open means that the contents of the cell will spill out, that we will become persons with little identity or convictions, that society might not have the values or standards to provide us with the structures that are essential in helping us give shape to our lives. For example, a mother-who spent her minutes and hours and days looking after others-looked in a mirror one day and wondered if there was any 'I' left. For her, not having boundaries led to a time of spiritual crisis.

Because his Southern Baptist denomination excessively tightened the boundaries of acceptability-closing off ordination for women, requiring wives to be subject to their husbands, rejecting homosexuals, and elevating the Bible to a place alongside Jesus--former President Jimmy Carter has withdrawn his membership from the Southern Baptist Convention, breaking a family affiliation that extended through his grandfather and father.

Boundary conflicts are a staple of international life, East Timor and Palestine/Israel being two prominent ones.

I am paying more attention to my personal boundaries these days: where they are and why, how they got formed and how they changed, and to what degree they have inhibited me and to what extend have they set me free. As personally helpful as that reflection has been, I also far better understand Dostoevski's words: "God sends us nothing but riddles. Here the boundaries meet and all contradictions exist side by side."