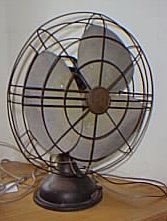 A question I ask leaves many puzzled: "When was the last time a president was elected from a state outside the South, Texas and California?"

It was 1960 and the president elected was John F. Kennedy (Gerald Ford, of Michigan, was not elected.) During the past four decades, our elected presidents have been from the southern half of these United States. Perhaps not so surprisingly, both the current leading candidates for president also are from southern states. (Up to the Civil War, the presidency was almost equally divided between northern and southern states, but for the 92 years following Lincoln's Vice President Andrew Johnson to Lyndon Johnson's election in 1864-only northerners were elected.

Being out of the White House did not leave the South void of political power. The longevity of its elected senators and representatives, through seniority, garnered an extraordinary number of chairs of congressional committees. What was lacking was the ability to elect a president.

Why this political change? Lots of people chose to live in the southern half of the country. Houston became the center of the space age, and millions of new retirees moved into Florida, Texas, Arizona and California.

Why the population shift? A simplistic but reasonable answer is air conditioning. Replacing the huge airplane propeller fans on the ceiling with air conditioning brought industry and people. Living in a hot and humid climate without air conditioning is possible, as I learned living on the Mediterranean coast of Turkey. But, life is lived considerably slower.

Air conditioning does for the South what heating accomplished in the north-both mitigate the disabling aspects of weather. I avoided the discomfort of a shivering Minnesota winter by moving from a heated house to a heated car, shop, office and church. Now, I avoid the exhaustion of a sweltering Texas summer by moving from one air-conditioned space to another. Real cold and real heat intrude only in the 'in-between' unheated and non-air conditioned spaces.

With the rise of the South, political debate has been reshaped. Welfare, public schools, bi-lingual education, human sexuality education and affirmative action are no longer untouchable givens. Creationism and Right to Life continue their vibrant militancy. Our major presidential candidates openly speak of their religious convictions. The culture of the southern rim views government as an enemy, not as a friend-less is better. (Of course, that is not as true of African Americans who found federal intervention the key in unlocking legal segregation.) Supreme Court decisions now edge towards increasing states rights.

Air conditioning joins with television as post-World War II developments that have profoundly impacted our political life. And, my writing is no longer by the sweat on my brow.