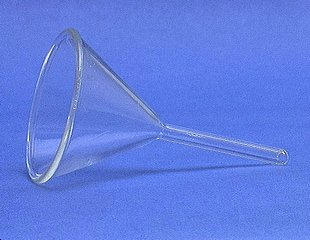 He related an all-too-familiar story. After almost two decades of regular church attendance, he realized that the Bible remained an enigma. He was pushed into his discontent by some fundamentalist friends who spoke so freely and knowledgeably about the Bible, leaving him tongue-tied and on the defensive.

With some probing, he had to admit that he knew more than he gave himself credit for--numerous biblical persons and stories were embedded in his consciousness, but it was also obvious that he lacked knowledge of the coherency of the biblical story and its meaning.

In a church in the liberal tradition, eliciting a passion for verse-quoting Bible study is rare and carrying a heavily marked thick Bible is decidedly not the norm. Thus, for a liberal to engage in a discussion of the Bible on a fundamentalist's turf is a losing proposition. That's what I told my companion. But, this straightforward answer did not noticeably raise his spirit. The lunch ended with his deep unhappiness at the church (and indirectly at me) for leaving him "high and dry," concerning the Bible.

Much later, I realized that something more troubling was at work. How, I asked myself, can a committed Christian, who has for eighteen years attended worship, have avoided deep knowledge of the story and meaning of the Bible? Although the church may be faulted for its lack of explicit education, nevertheless, at some point a person has to take responsibility for her or his own learning.

This view came to me quite forcibly as I read a son's eulogy for his father, a school principal in this country and in Turkey. On hearing of his son's boredom with a social studies class, he said, "You may be getting nothing out of the class, but that's not the only reason you're there. You're also there to see that it gets something out of you. What are you contributing to your classmates and teacher?"

Schooling (not the same as education) is funneling knowledge into our brains. The teacher pours in information and expects regurgitated answers. In the process, we learn varying degrees of passive participation, sometimes accepting new knowledge and sometimes digging our heels in. We learn to make others responsible for imparting information to us, and if we don't learn, obviously it is 'their fault.'

Unlike my companion, knowing the Bible has been a life-long personal and professional need. However, when I think of my own passive participation in numerous courses, seminars and sermons I have attended over the years, I cannot claim any moral superiority.