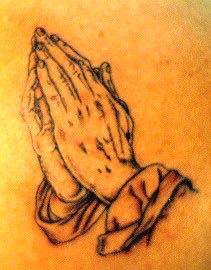 Finally, on the third very slow trip along the two blocks of shops adjoining the University of Cincinnati, we spied it: "Sudsy Malone's Laundry and Libations." We had been looking for a sign, "Laundromat," but our imaginations were not fired up and we almost missed the full bar, the bandstand and the Laundromat combination.

While the washing machines churned, I rambled along the street to see what other surprises might be in store for the 'inquiring mind.' I was not disappointed.

"Critters" was an animal shop with all the normal animals, pet paraphernalia, and food one would expect in such an establishment. What drew me to the store, though, was the sign in the window: "Piranhas 1/3 off large and small." I entered, looked around, and asked, "Why are the piranhas on sale?" It seems that the demand for piranhas, as an essential item for the well-stocked home, had waned. The fad was over. Or, perhaps, too many people at parties, on a dare, stuck a cut finger in the water.

The one store that had an active clientele for a mid-Friday morning was the tattoo and body-piercing establishment. Joining the half-dozen people in the small space for customers, I looked at the walls filled with pictures, designs and words available for the body, and then I spied the "Piercees' Bill of Rights." There were eleven items listed, including the right to have piercing done with a needle instead of a gun (which the woman behind the counter told me was too difficult to keep sterilized for body piercing). Alongside this "Piercees Bill of Rights" were the training certificate and license of the two doing the tattooing. Among the young people on the street the popularity of their work--tattoos and body piercings--was repeatedly visible-two girls and one boy with T-shirts pulled up showing each other their belly button rings.

Coincidentally, a few days later there was a TV report on 'tattoos for testimony.' Individuals are having Christian symbols and words tattooed in visible places so that others will see them and, in many cases, ask questions. (I know if I were next to a person with such tattoos, I would be curious.) One person admitted there was a generation difference on religious tattoos: youth see it as a valid witness and older people look askance. One tattooee reported that his response to a hostile, "How can you do that?" was, "As a Christian, how can you not!" I had to ask myself, "Was my grimace over body tattoos or over the visible display of religion?"

Then there was the visit to the spry eighty-seven-year-old aunt who had a beautiful baptismal gown in a case. It turned out not to be hers: "No, I wasn't baptized until I was six. My mother's two sisters didn't like the name she chose for me, and after six years, my mother gave in to their wishes."

How can anyone be bored with the days when such expressions of human imagination and life bubble all around?