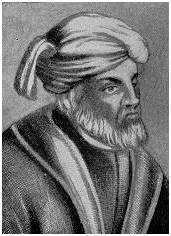 Tucked away in odd corners of the Bible are some fascinating snippets of stories. One concerns King David in his old age. We read that David "always felt cold, even under a lot of blankets." His officials said, "Your Majesty, we will look for a young woman to take care of you. She can lie down beside you and keep you warm." (I Kings 1:3-4 tells how the story turned out.) My spouse's dour look prevents me from reading the Bible literally.

Following the Bible faithfully and meticulously at this point would most assuredly lead me into a heap of trouble. Nevertheless, I do find King David's experience tugging at the edge of my imagination: the need for each of us to keep 'warm.'

For me, fire is what I need. I need to be where I find

I want to be with those who affirm the third-century theologian Tertullian's view of religion and life: "The glory of God is man fully alive." There's fire there! Then there is the dying theologian whose breath had become so imperceptible that one person at the bedside said, "Feel his feet. No one has ever died with warm feet," whereupon the dying man opened his eyes, announced in a clear voice, "Ridley did!" and then breathed his last. (Nicholas Ridley was burned at the stake for his beliefs at Oxford, England, in 1555.)

Well, some forms of fire I can forego.

A frantic search for excitement, or being active for the sake of being active, drains rather than enlivens. But, being drawn into the future by new possibilities enlivens my mind and sets my feet to dancing. I know that Woody Allen is right when he says that "eighty percent of success is just showing up," but, just showing up again and again at the icy, let's-not-do-it crowd may force me to reconsider my rejection of a literalist approach to the Bible.