"And Now, a Word from Our Sponsors" 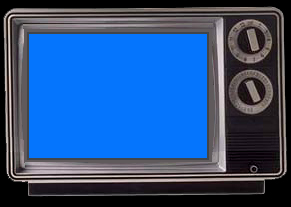 Each evening, a vast and horrendous sea of bobbing heads fills my TV screen. This time it is Kosovo refugees flooding Macedonia, Albania and Montenegro. Hunger, exposure and disorientation are visible; rape and killings are reported.

Immersed in the human tragedy, I was picked up and instantaneously transported several thousand miles, in distance and in culture, into a vast, spotless and empty (but for one person) American kitchen where steam was still rising from rolls just taken out of the oven. The enticing aroma was so powerful that it brought the cook's mother to the door, then the family dog. Next was an advertisement for Maalox (not intended, I assume, as relief from eating the roll), then an automobile ad, and finally an absolutely delicious Burger King burger filled the screen. Next, I was whisked back to the empty stomachs and eyes of Kosovars.

The rapid juxtaposition of such misery and such plenty is common fare on TV. It is not just world news, but also TV dramas of human anguish--whether real or fictional--that are interrupted at moments of highest intensity in order for products to be advertised. These points of high intensity are chosen so that I, the viewer, will watch the announcements in order to view the continuation of the program.

I understand the economics of television programming, but I wonder what effect the repeated rapid change from involvement to disengagement, from disengagement to involvement, and back again has on me. I wonder if my outrage over the terror and pain of this world's people is diluted by the shifting focus of my attention? I wonder if I have become less sensitive to the pain of others? I fear that is the case.

I wonder if the thirty or sixty-minute wrap-up to all human problems makes me less patient with the usual long-term solutions necessary to so many human issues? Has this made me less empathetic with people because the outlook for solving their problems is so taxing and so bleak? I fear that is the case.

I also wonder if the chopped-into-pieces segments of life-real or fictional-makes me less able to give my concentrated attention to persons, situations and books. I fear that is the case.

All of this has a spiritual dimension. For, if my compassion is attenuated or is fatigued, then I am less able to respond appropriately and fully. If, as one person said, attention is the secular form of prayer, then a lack of attention will affect the contemplative part of my spiritual life.

Aristotle argues in his Poetics that tragedy allows a healthy release that purifies the emotions: a kind of emotional discharge. What if Aristotle is right? Then, pent-up emotions will get expressed in inappropriate ways.

The phone is ringing. It's time to interrupt these thoughts to tell another person that our house doesn't need siding.