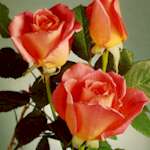 At a recent meeting of a volunteer organization, one member rose and verbally and harshly attacked another. Convinced of the person's poor judgment, such criticism was justified. But, the questioning of motives was not, nor was the verbal intensity. In quiet, away from the meeting, I wondered about that scene: why so much intensity and what did this do to the people involved?

I accept as a truism that when a person's emotions are inappropriate--too much or too little--for a situation, the person is reacting to something else in her or his life. I have also come to believe volunteer organizations (and families) bear the brunt of the frustration and anger that doesn't get expressed at work and other places.

I also, though, wonder about the psychic toll on those attacked.

Recently, I was taken aback by Tony Randall's comments to an interviewer regarding the National Actors Theatre of which he is the founder and artistic director. An acclaimed actor, who so fit the part of the fastidious and superior Felix Unger on "The Odd Couple," he responded to the interviewer's question about theater critics: "I don't read every criticism. When I'm told they're bad, I don't read them They're too upsetting to me ... I don't sleep for nights. I just can't afford to get that upset. They're very wounding. They hurt. They hurt."

That such a talented and successful person would be that affected by critics' criticism was, on reflection, not so surprising. I only need to look within myself to know how biting and long-lasting even causal or 'helpful' criticism can be. Critical comments can be massaged for days.

So very, very fragile are our egos. This is true even for confident, successful persons. In fact, it is often a fragile ego that drives a person to be successful, trying to prove by outward accomplishment what is inwardly shaky. The evidence of this is all around us in the defensiveness of other people when we criticize them and in our own immediate defensiveness when we are given advice.