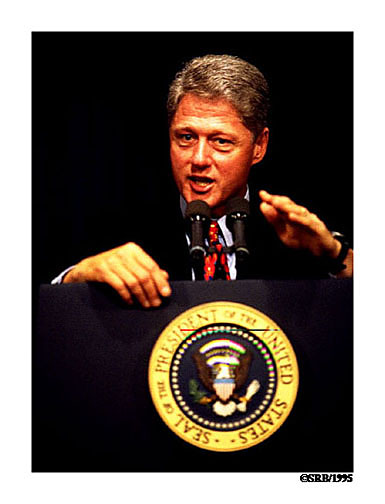 The ebb and flow of events swirling around Washington alternatively keep me appalled, angry and amused. Now, boredom. I am ready to move on in our national life, but I am left with a number of "I wonders."

I wonder who is the real Ken Starr. Is he the mean-spirited, get the president by any means wolf under sheep's clothing, or are the attacks on him a contemporary example of the centuries' long habit of killing the messenger? Shakespeare put it well in King Lear.

Yet the first bringer of unwelcome news
Hath but a losing office, and his tongue
Sounds ever after as a sullen bell,
Remember'd knolling a departing friend.

I wonder if even a handful of folk--including members of Congress and TV reporters--have actually read the Starr report and listened to the Tripp-Lewinski taped conversations in their entirety. Or, are their opinions based, as is ours, on pieces extracted by persons of undeclared political persuasion?

I wonder if the persistence of this Washington blood sport in each administration (Richard Nixon, Hamilton Jordan, Ed Meese, Neil Bush, and Bill Clinton), along with next year's budget with goodies for everyone, isn't the modern equivalent of Rome's leaders pacifying the populace with "bread and circuses." Now, with Lani Guinier balancing Robert Bork and Clinton balancing Nixon, can a truce be declared so we move on absent the bloodletting?

I wonder if, deep down, any politician wants to "get on with the real business of the nation" when doing so will require disciplined study, genuine compromises (which required civility not constant confrontation) and making oneself a target for special interests. Finger pointing rallies loyal troops against the enemy rather than against oneself. And, since we no longer have the Russians to kick around . . . .

I wonder if the pool of public-spirited citizens available for public service will shrink because of the intrusive confirmation process, and if, increasingly, we will be left with more opportunistic candidates willing to risk the process for the certain personal rewards.

I have reached the end of my space. Still, just one more. I wonder, as to whether or not we have reached the point about which the ancient Roman historian Livy wrote: "We can endure neither our evils nor their cures."