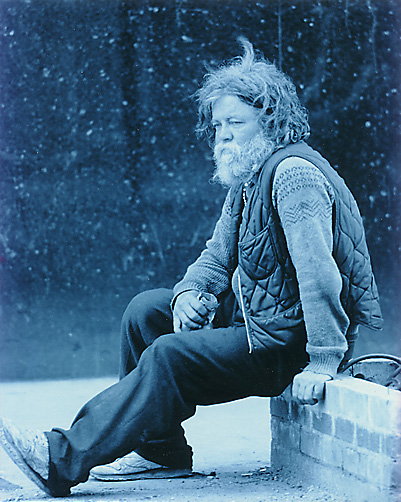 It was a jolting combination.

I received an e-mail with the news that a friend had hit an elderly woman crossing the middle of a dimly-lit city street, and although not at fault and with no broken bones, he was carrying around a load of guilt. Within the hour, standing before a judge, I was watching the seemingly uncaring, dismissive and guilt-free attitude of a youth accused of murder (I say seemingly because the outer attitude may have been a way for the person to cope, as best he could, with the situation).

I was reminded of a lesson learned early in therapy training: there is a difference between guilt and a feeling of guilt. Guilt is an objective fact, the result of violating a group's rules or a communities' laws, and a person may, or may not, feel guilty about the violation. A feeling of guilt is subjective, taking residence in a person's mind, heart and gut, irrespective of whether or not the person is guilty. Police and judges deal with the former; ministers and therapists deal with the latter.

Whether I'm guilty or not, it is feelings of guilt that affect me the most. I can berate myself for the most trivial things. When analyzed, the source of such anguish is usually some foolish prohibition from my childhood or my professional training, which continues to cling to the edge of my consciousness and leaps into life when provoked. Even recognizing the insignificance or foolishness of the violated prohibition does not always eliminate the discomfort.

So burdened down were people by guilt-producing religion that at one time it seemed to be psychotherapy's task to exorcise religion from the human enterprise. Understandably, the church's response was to minimize its preaching about sin and guilt and adopt a person-affirming and positive-thinking message. Essentially today, the church is out of the guilt-producing business.

But, applicable to our times is Jesus' story of the demon who, kicked out of a person's life, roamed around homeless. Returning and finding his old dwelling clean and tidy, the demon decided to again take up residence and even invited some friends in, making the latter state worse than the former. What the church abandoned, others have picked up with great relish. Does a day go by without a mailing from a group which wants me to feel guilty about abandoning whales to human predators, the country to the religious right, the nation to the destroyers of the first amendment, babies to abortion's mass murderers, and old growth trees to environmental despoilers?

A retired fund raiser repeatedly tells me, with tongue-in-cheek I assume, that I make a mistake in not preaching hell and guilt as a method for fund raising. Given the track record of the church, I demur and leave the manufacturing of feelings of guilt to others. I have enough problems with real guilt: lack of compassion for the world's needy and absence of outrage over injustice.